In this Tendelux AI4 IR illuminator review I'll show you how I tested this new compact wide-angle infrared light source in two separate locations using several different security cameras.  Keep reading to see exactly how it performs under different conditions, and why it just might be my new favorite IR illuminator for short to medium range use.

What is the Tendelux AI4?

The Tendelux AI4 is an infrared illuminator that uses four 850nm 1 Watt LEDs, and it's rated to have a 90° wide beam pattern and a working distance of 50' (15 meters).

Inside this nice looking box is the Tendelux AI4 illuminator, a 12 VDC 1 Amp power supply, user's manual, and bag with screws, washers, and anchors for mounting. You may have already seen other illuminators using this housing style, but the Tendelux is painted black on the outside, which I think makes it look very sleek.  What really makes it look different than other models is the infrared pass filter on the front, which looks black to the human eye with the IR LEDs powered off.  This is a feature that's usually only found on higher end products. This filter does more than make it look good though, it also spreads out the IR light which helps prevent a hot spot in the center and gives it a more even light pattern.  You can still see a dull red glow from the four IR LEDs when it's running, but I think the filter makes them a bit less noticeable, especially when looking at them from an angle off to the side. I tried the Tendelux AI4 with three different cameras in several different locations because there are so many variables that can affect the performance of products like these.  The camera model, camera and illuminator mounting height, the positioning of the camera and illuminator in relation to each other, and so many other things can make a product look favorable or unfavorable.  Keep that in mind and remember that this is the same illuminator in all of the photos, and it's just a change in camera or other conditions that makes the image look differently.

I also did not attempt to make any changes in the camera settings to enhance the image at night, I simply turned off the built-in IR in all cameras and left everything else at factory default.

Hastily thrown together in just a few minutes, on this side of the house we have a Hikvision DS-2CD2342WD camera with the internal IR light turned off, and a Tendelux AI4 attached to the end of a board, which is all mounted almost 12' above ground over here.  This is just temporary so I didn't even bother to put the trim ring on the base of the camera. I've added some distances to the photo for reference.  Keep in mind that this camera has a 2.8mm lens giving it a 106° horizontal field of view.  If that tree on the far right wasn't in the way we'd be looking at over 160' from left to right following that chain link fence on the far side of the yard.

Night view with no IR lights It's very dark over here on the right side of the image, but the left side has some light where a mercury vapor yard light over 80' behind and to the left is lighting things up a little.  This is about exactly how my eyes see things over here at night.  You can see the shadow of the top of the Birch stump over on that white garage that's cast by distant yard light The AI4 is pointed slightly above the center of the camera image.  The tree limbs on the right are blocking some of the light and causing shadows so you can't really see the true light pattern over there.

It is clear that we're providing good IR illumination well beyond the rated 50' distance across a large portion of the camera's field of view.  As we saw in the first pic, that distant chain link fence is 66' away from the camera in the center of the image and of course even farther away as you go left or right of center.

You might look at this and think that the Tendelux AI4 IR illuminator has sharply defined edge to the light beam from it, but that's really not the case.  There is some shadowing from the trees on the right, but most of the apparent darkness on the edges of this image are just from the way that this camera handles the relatively bright IR light in the center, along with the comparatively much darker areas out around the edge of it.

Many people might end the review right here, but I think we should look at this a bit more.

Let's turn everything to the left a bit I turned the entire board supporting the camera and illuminator to the left a bit and aimed both of them down a bit from what they were in the last one.

Night view with no IR lights Still extremely dark on the right half, and the left side may be just a bit brighter than the last test due to a 13W CFL being on back behind and to the left, in addition to the mercury vapor yard light. This looks very similar to the last one, but I think the dark edges of the image might be a little more noticeable.  One thing that's obvious is that we're still clearly providing great IR illumination beyond the rated 50' distance across the center one third of the image or so, even though we pointed the illuminator down towards the ground more.

There are several reasons why this snapshot might look little different than the last image.  I think it's because the illuminator is pointed down closer to the camera than it was before, and the camera is seeing a lot more IR light being reflected back from the ground, the two trees, the fence, and the large light colored leaves on the ground by the fence.  It almost looks like a different illuminator than the first test, but it's the exact same one.  We've just changed the conditions and made the camera not see as well in the darker areas that are further away from the center of the image.

How it looks from another viewing angle Above is the same scene we were looking at before, as seen by a Dahua IPC-HDW5231R-Z located back behind and to the left of the other test location.  This camera has great low light performance and we can see that the Tendelux AI4 really does have IR light out there for a good distance over a wide area, well out to the sides and not just in a circle in the center.  The other camera next to the illuminator just couldn't see well in the edges of the image because its dynamic range was being affected by the large area of relatively bright IR light.

One more from this angle Mounted next to that last camera is also a Dahua IPC-HFW4431R-Z that is not only much less sensitive than the Dahua 5231 next to it, but this 4431 is even less sensitive than the Hikvision 2342 camera that's mounted over by the Tendelux illuminator.  We still see a good light pattern from the Tendelux with this camera, but it's certainly doesn't look as bright as it did with the other cameras.

Moving the AI4 to the back test location That's a Dahua IPC-HDW5231R-Z on the left and a Dahua IPC-HFW4431R-Z on the right side of the photo.  This test location isn't perfect because it's not even 8' off the ground, but it does give us a look at the performance of the Tendelux AI4 in a completely different situation than the last one. This area is much too large to try to cover with this illuminator, but let's see how it does even with the low mounting height.

Dahua HDW-5231 with all IR lights off Dahua 5231 with no IR light sources

The only real light on this scene is a mercury vapor yard light that's probably 50' behind and to the left of these cameras, but it's enough light that the Dahua 5231 can actually see quite well. The 5231 camera is zoomed out all of the way, so it has an approximately 97° horizontal field of view.  Notice how some of the very dark areas around the edge of the image seem darker now with the illuminator on.  This is similar to what we saw with the first camera, and it's because these cameras can handle well-lit scenes, and very dark scenes, but not both at the same time, which is what we're looking at in these tests.  As I mentioned earlier, there are camera settings that can be changed to improve the dynamic range, but we're leaving all settings at factory default since we're testing the illuminator and not the cameras.

There is more light in the center of the image, but it's not a hot spot. it's just generally brighter than the outer edges of the image because it's closer to the illuminator and the cameras.

Dahua HFW-4431 with all IR lights off Dahua 4431 with no IR light sources

The Dahua 4431 is rather blind in the dark, especially when compared to the 5231 that we just looked at, and can't even see quite as well in the dark as my aging eyes.  What I see is somewhere in between these two cameras but certainly closer to the darker image of the 4431. The 4431 is zoomed in a bit so it has a somewhat narrower field of view than the 5231 did.  I think that this less sensitive 4431 can see better across the entire image thanks to the IR light with the illuminator being on, and it has taken the almost completely black image with no IR, and lit up the entire thing making all parts of it look better.

Another point of view Here's the same yard we were looking at with the last two cameras, and the Tendelux is clearly lighting up objects that are 100' away from the illuminator.  This camera can see it just fine because it's sitting in the dark and not staring at a bright area of light directly in front of it.

Click here to view the Tendelux AI4 at Amazon

Bought one of these so that I could turn of the IR LED’s on one of my Reolink cameras. Flying insects were causing 100’s of unwanted motion events. In general, it works great and is a good bargain. Your review did not mention one TINY detail. Mounting the unit is not trivial. First, it has to be taken apart to drive the mounting screws. THEN, the screws that hold it to the bracket must be reinstalled. NOT trivial if the best place to put it is in a corner! I understand why it’s made this way (hold cost down), but I was sweating bullets that I would drop one of the tiny screws and have to go down the ladder and find it in the grass.

Thanks for sharing your thoughts.

Thanks for reminding me about that when mounting it, you are correct and I didn’t think to mention it. Glad you were able to work through it with your installation!

Thank you, Max. Glad to hear you enjoyed it. 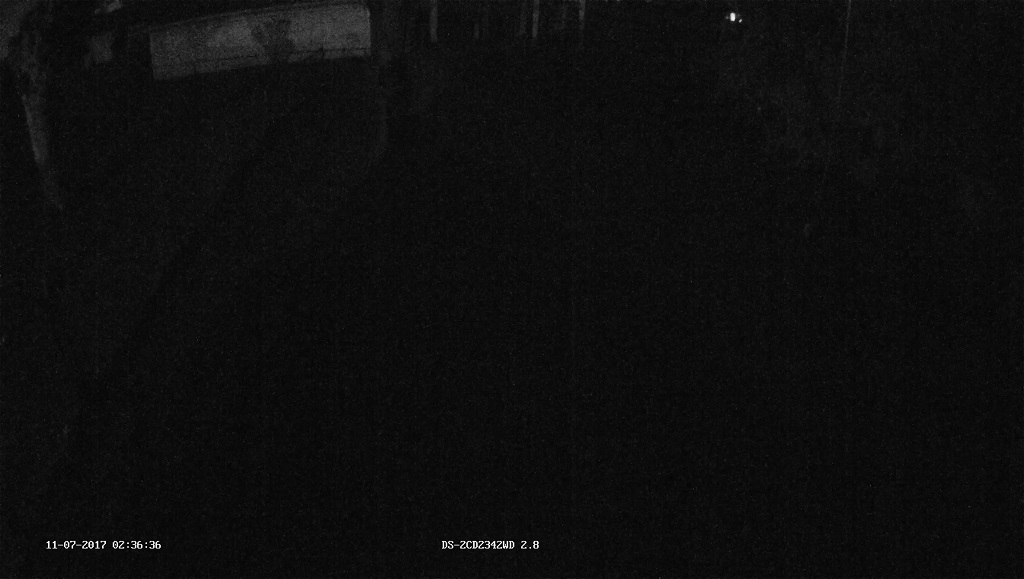 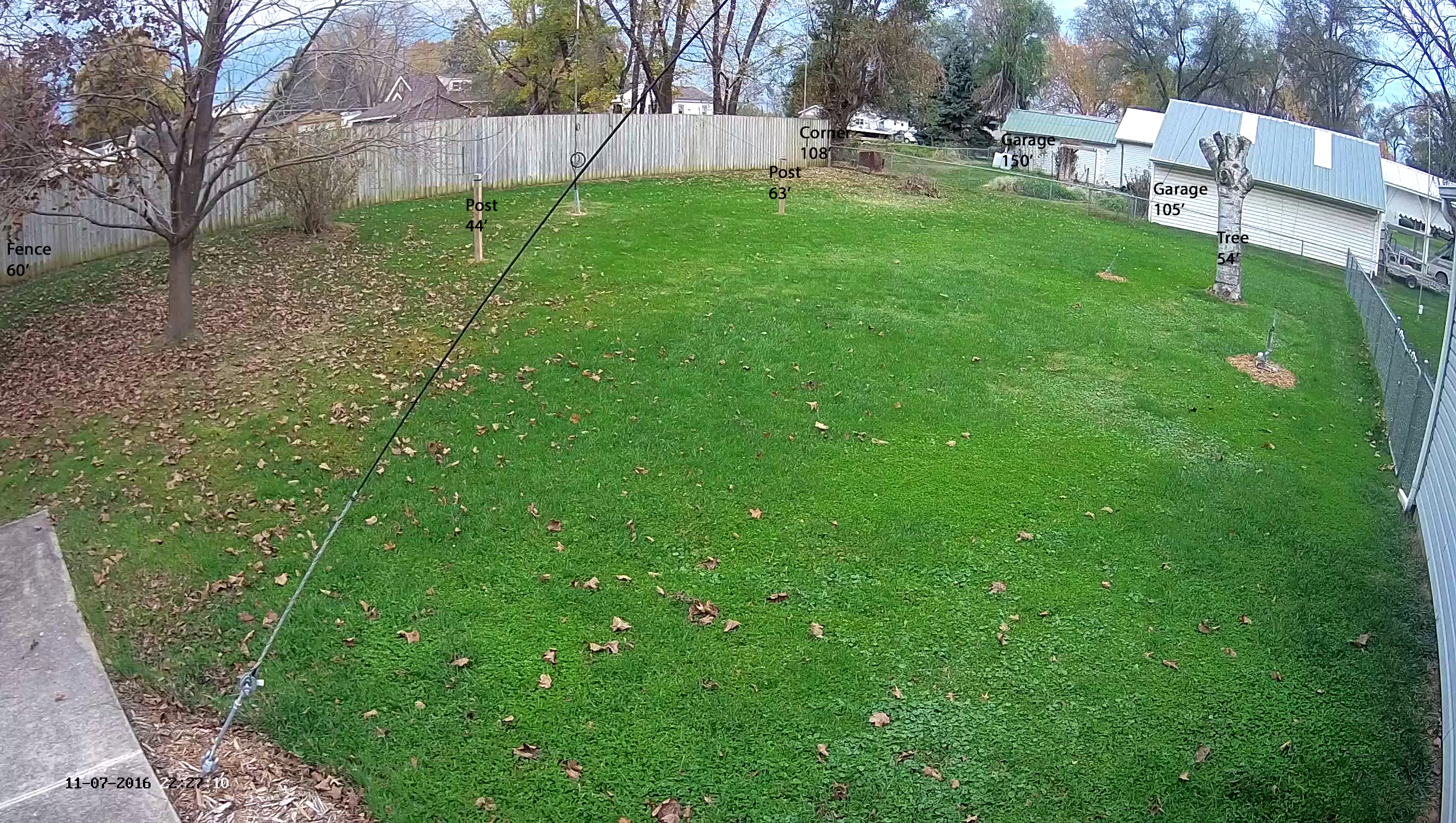 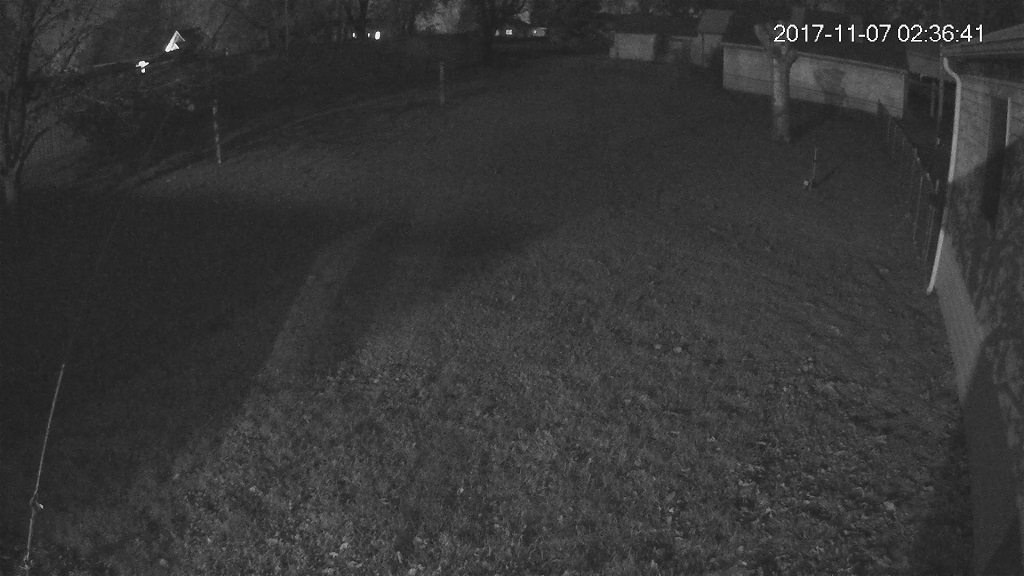 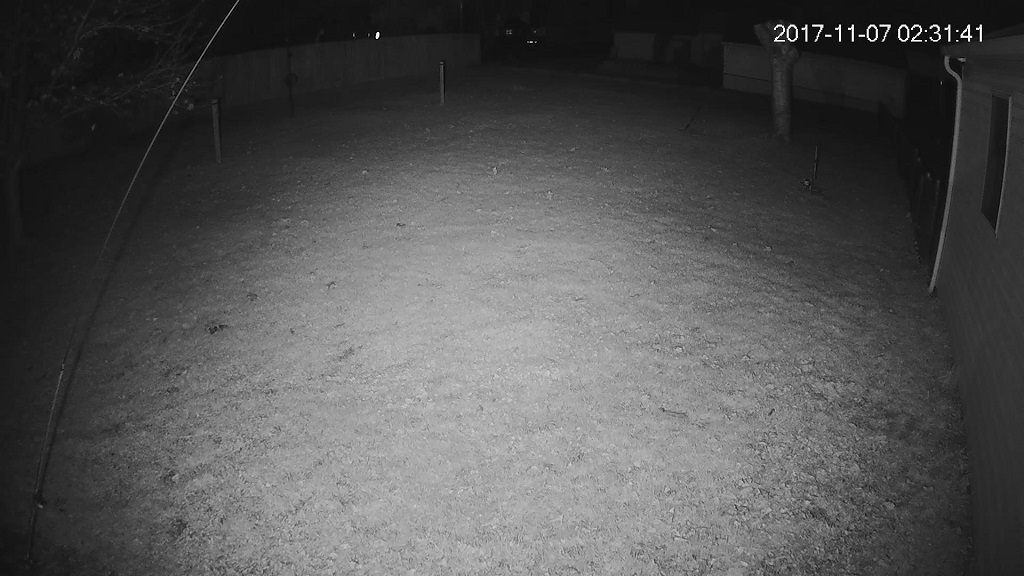 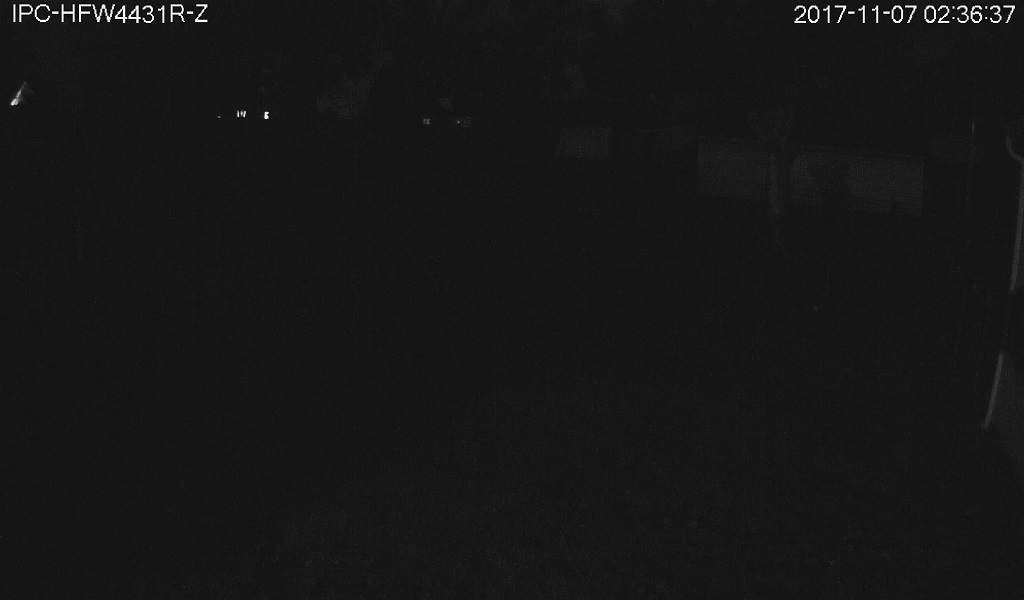 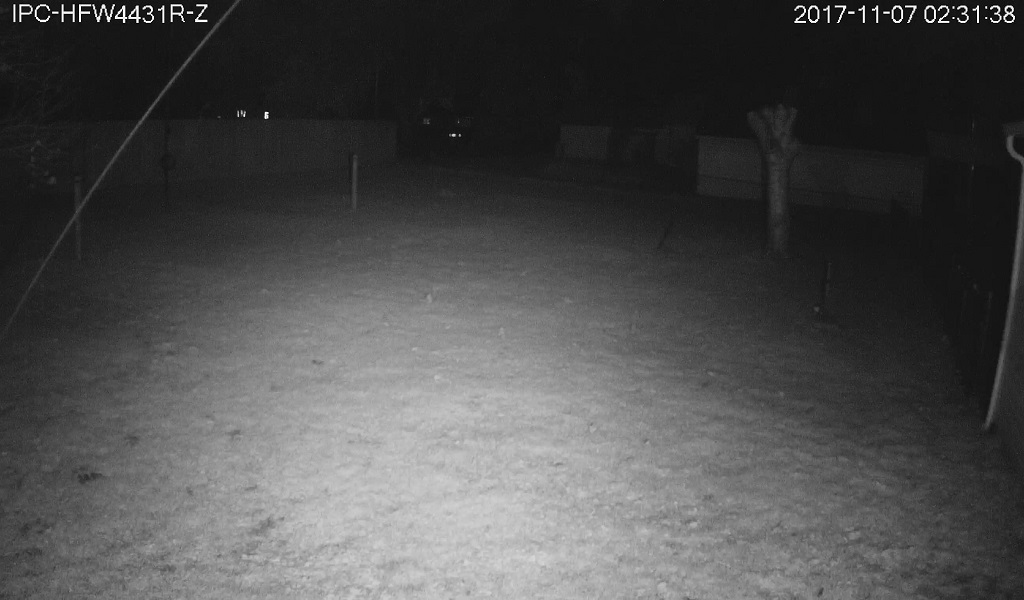